While Maria Montessori was working with children at the Casa dei Bambini in Rome, dreaming up her namesake method of learning, she was also practicing yoga, which, more than a century later, is bang on trend. Yoga offers respite from the madness of modern living; its calm intensity not only contours fitness and flexibility but relieves stress through the process of precise, slow movements and ensuing self-reflection. And it’s not just for adults! More and more, parents are finding the value in carving out an intermission from life for their children.

Yoga, which means “union”, is all about uniting the body, mind and spirit; a philosophy that Maria Montessori incorporated into her ‘teaching philosophy, as she wrote in her revolutionary book, The Absorbent Mind:

“The true purpose of movement is far higher than to produce an appetite or strengthen the lungs; it is to serve the ends of existence, the universal and spiritual economies of nature…movement has great importance in mental development itself, provided that the action which occurs is connected with the mental activity going on. Both mental and spiritual growth are fostered by this…”

As with Yoga, the Montessori way of learning should have a calming effect on the child, beginning simply and then gradually increasing in complexity. Yoga uses movement as a way to center the mind. Maria Montessori, too, built movement into the learning process by eliminating the concept of sitting at desks – freeing children to learn and perceive organically. Both Yoga and the Montessori method focus inward, increasing awareness and confidence through a process of self-actualisation. Neither philosophy promotes competition; emphasis is placed on the process rather than the end result.

With so much in common, it’s easy to see why Yoga and Montessori are friends. It’s also easy to imagine that Maria Montessori’s progressive thinking would have allowed her to fit quite nicely into contemporary culture – grabbing yoga class before making her way to a feminist march outside parliament on her way to ‘direct’ and observe a group of fabulous children at a local community centre.

We, at St Andrew’s Montessori, embrace Yoga as a means of helping children to achieve their greatest potential. Three of our staff members – Anja Pomeroy, Niamh O’ Malley and Samire Krasniqi, who are also qualified children’s yoga instructors through Yogabeez https://www.yogabeez.com/, teach early morning classes at St Andrew’s.  If you’re interested in introducing your little one to Yoga, give us a call (020 7700 2961) or mail us at info@saintandrewsmontessori.com, and visit Kidsyoga.uk for more information about Anja’s extracurricular classes. 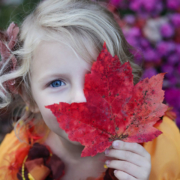 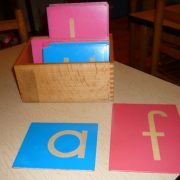 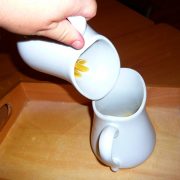 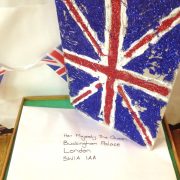 Letter from Her Majesty

Montessori Evaluation and Accreditation Board (MEAB) 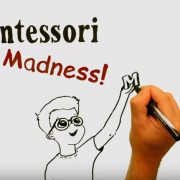 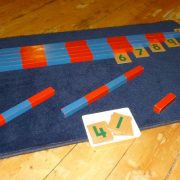 Visit to the Zoo